«Act as if you love God and man», if there is a «categorical» imperative for a Christian it is certainly this one. Kant would not entirely agree because the command thus formulated would somehow be conditioned by charity, compassion or love, we would not act only out of respect for duty; but is not submission to duty also an emotional choice of the subject, also a moral action and therefore not a formal or unconditional one? Why is goodwill purely out of respect for duty? Would it not be goodwill to consider what is just or worthy of approval; not to steal because taking someone else’s property does not seem right to us or because killing means depriving someone’s life of something we have no right to do? Or are we not doomed to succumb to the beauty of a painting such as Roger Van Der Weyden’s Descent from the Cross or a sarabande from Bach’s French suite performed by Gould, or the visualised impression of a glance or a gesture of the loved one smiling next to us on the sofa watching a television programme for the simple joy or tenderness that seeing or hearing or imagining her gives us, is it not a duty to recognise the value of something precisely because it requires us to appreciate what is objectively estimable even though we may not yet know how or why? We would thus have access to a privileged organ of perception of reality in order to apprehend it in its complexity, and this reality does not of course exclude a beautiful house, a hundred-year-old tree, a well-written book and the people we meet as neighbours every day, the goods of the World, those we see and those we do not see or imagine, the archetypes that have always inspired mankind, Beauty, Good, Justice and Virtue in their different manifestations, and why not God?

Apologist or mystic, or both. Exercise of argumentation or perception of a new dimension of things, or both. There are boundaries in the perception of reality that can be crossed, a shift in perspective changes the way we look at our surroundings; imagination not only as a capacity to evoke memories or past experiences, but to reveal new meanings of objects, both physical and ideal, nature, human relationships, historical events or everyday occurrences. The foundational principles of being and the world, elaborated in God’s consciousness, glimpsed by human «sense», which thus becomes a participant in God’s creation. Experience» as contact with divinity.

Professor James. S. Cutsinger in a small and precious book (published by Padma in Spain) illustrated how Lewis in his fictional books unveils qualities, forms, tonalities, colours, smells, sounds of the surrounding or imagined reality not explored before, through the creative force of his prose. The «distinction between the natural and the supernatural» vanished and a window was opened to the intuition of being in its deepest sense, in the daily contact with things, always on the way to God, and accessible to every man on the margin of intellectual lucubrations. But how is this possible?

Joy in Lewis was from his childhood a longing, a vision of something mysterious, present but not yet accessible in its full grandeur, at least not yet in this life. In man, in his soul, there is a reminiscence of God, which like an organ of perception opens our eyes to the supernatural. To live in a continuous unveiling of the mysteries of God and the created world, a search that must be personal and biographical of each person. We see the influence of Plato, but the conception of the separation of two worlds, the sensible and the world of ideas, the latter the true one, would mean the splitting of being, and man and things cannot be mere shadows of ideas and their knowledge only an evanescent memory (anamnesis).

But how can we gain access to this arcane and mysterious world, which is also our own? It is a question about being and knowledge, which all philosophers in some way have asked themselves. However, there is a kinship with Father Gratry (who wrote «The Knowledge Of God»), which can help us to solve the enigma. As a Christian and philosopher, he was a great connoisseur of patristic and mediaeval philosophy and perfected the doctrine of perception, the so-called primary organ of reality, which he called «sense», and which is proper to every soul, functions as an instinctive receiver of primary data from the world and picks up everything that is outside in an involuntary way, in a first contact with the world, as if it were Leibniz’s mirror of the universe. We have no control over this original perception that operates in us from outside, in a passive way, either nature with the sensible impressions it produces in us (external sense), or the consciousness of our own self (Descartes’ ergo cogito ergo sum), but also of our neighbour, not his body that we see, hear or touch as matter, but the you that is that person (beyond the fact that we can more or less probably infer an «I» like mine from the external similarity of his body), (the intimate sense), whose evidence of inner experience is indisputable. Finally, and most importantly for Lewis and for a Christian, God, who makes himself felt before we can even conceive of him in the depths or roots of our soul, displaying his grace or creative power (this is the divine sense). Therefore the perception or vision of the world, of the self, of our neighbour or of God through the sense (external-intimate or divine) is prior to the understanding and the will, still in its germinal phase, is like an arcanus sensus (as Thomassin would say), a depth of the soul (or entrails of the soul in St. Augustine’s terms) which gathers secrets, impressions of other realities to our own, as yet unknown, but which after a first contact will awaken the faculties of reason and will, stimulated by the attraction to understand and desire that they produce. Lewis comments along the same lines: «Pleasures are rays of glory when they wound our sensibility. When they strike the will and understanding we give them different names: goodness, truth, or the like. But their bursts upon the senses and the spirit are pleasure». This background or root of the soul thus perceived can remain hidden or veiled, as is the case with so many things that man has felt or glimpsed that he has never been able to decipher; a mysterious nucleus, but others by the genius or will of God man comes to understand and act, discovering or better unveiling the truth. But the pleasure and joy that we perceive with the sense of the soul (external-intimate-divine), prior to the understanding to the will is the first glimmer of Glory that man can feel and/or perceive, and here Lewis again sees the beginning of the experience of God, even in the everyday: «You went back to the stream, dipped your face again and your weather-beaten hands in the little waterfall, why not start with this? (Letter XVII Malcolm).

Bodies and physical reality are perceived by the senses, they have reality because we feel, see and touch them, they do not require demonstration (we remember the words of Jesus to Thomas), they constitute immediate evidence, we cannot suspend the consciousness of time and place by denying their existence. Positivism and materialism paralysed perception at this stage and science has been reducing the field of knowledge to quantifiable and measurable factum, ignoring any other way of presenting reality. Descartes discovered that man’s first perception is that of himself when he thinks (cogito ergo sum), but by establishing Cartesianism with clear and distinct ideas as a means of reasoning, he has excluded from his field of action what is by definition obscure and imprecise as a germ of knowledge, and there are modes of reality whose mode of manifestation is not determined and exact from the beginning, it requires a different mode of reasoning, what is veiled forms part of the mystery of the world and therefore of created reality that we must unveil. There is no room for irrationality or the negative path of mysticism, or the temptation of an esoteric magic by virtue of subjective conceptions of what must be; initiatives reproduced in the history of thought in a recurrent manner (Tertullian, Kierkegaard, Pascal or our own Unamuno for example). Here I could see a certain link with the «mysticism» of Lewis, mentioned by Cutsinger, which has nothing to do with the spirituality of negation, which aims to free oneself from this world by suspending the spatial and temporal consciousness that binds us to it.

Orwen Barfield, one of Lewis’s great friends and one of the intellectual inspirers of his conversion (although they did not share the same spiritual conception, Barfield was seduced into anthroposophy), conceived of the imagination as an organ of knowledge in that it reproduced the creative faculties of God, especially in the artistic realm, participating with our thought and will in the cosmic Logos, and establishing a relationship with the Divine, and C. S. Lewis took up this conception of the imagination as an organ of knowledge. S. Lewis assumed that conception «things as perceived by the senses are not merely the data of an external and independent environment but the constructs or expressions of consciousness, of the consciousness of God, on the one hand, whose ideas are the indispensable principles, but also of the consciousness of man without whose participation these principles could not have been embodied in matter. Hence the conviction that the whole universe was ultimately mental».

Lewis was not a philosopher or theologian, nor did he pretend to be, his proverbial humility attests to that, but he nevertheless undertook the duty of propagating Christianity in an age (which is still ours) when its historical and spiritual heritage was losing social rootedness and intellectual prestige. Like Chesterton before him, he understood that it was inescapable for Christian intellectuals to leap into the arena in defence of Christianity’s essential innovation, man’s participation in God-given eternal and divine destiny through the Redemption by Jesus, against the assaults of Modernity, and he did so as a professor at Oxford, as a writer of fiction and essays, as a Christian apologist and thinker in the public sphere, and as a parishioner of the Church of England in his personal life.

As a writer he took on this work of artistic creation. Lewis’s descriptions do not merely plot spaces or locate places, modulate the action of characters or the setting of scenes; such is the power of his use of symbolic figures of speech that the reader participates sensorially in the worlds he describes, and what is more unique is that it provokes a direct and immediate insight into the allegorical meaning of the myth-story that transcends the narrative as a means of perceiving reality.

The Christian religion transcends the simple profession and affirmation of truths of faith or moral values that inform our behaviour; for Lewis it is essential to proclaim the Christian message without distorting it or stripping it of its essential point; the coming, death and resurrection of Jesus Christ and the redemption of man towards his divinisation and the attainment of eternal life. Religious mystery cannot be hidden because it is difficult to believe or because it contradicts the prevailing beliefs of modernity. Magic as «objective efficacy that cannot be further analysed» (Cart XIX Malcolm) exists and is an inseparable part of religion. We return to the sensible perception of Glory, which is a form of magic «The soft moss, the cold, strong, dancing light were, no doubt, much smaller blessings compared to «the means of grace and the hope of glory. But they were palpable. As long as they were involved, vision replaced faith. They were not the hope of glory, they were an exhibition of Glory itself». (Letter XVII Malcolm). 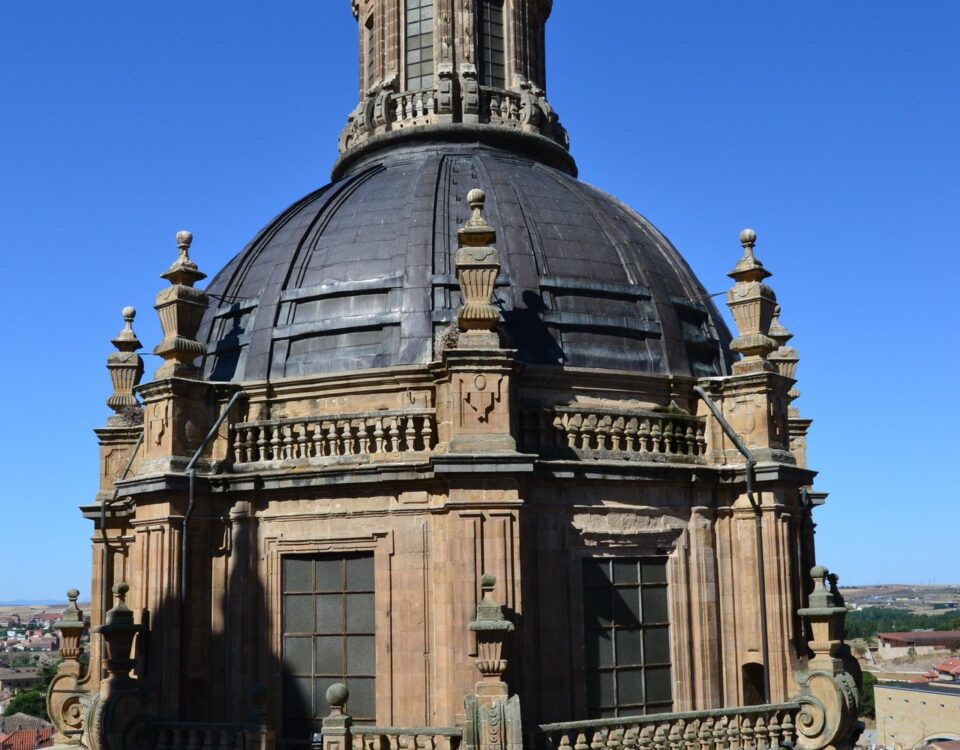